WIZARDS ON THE BEACH 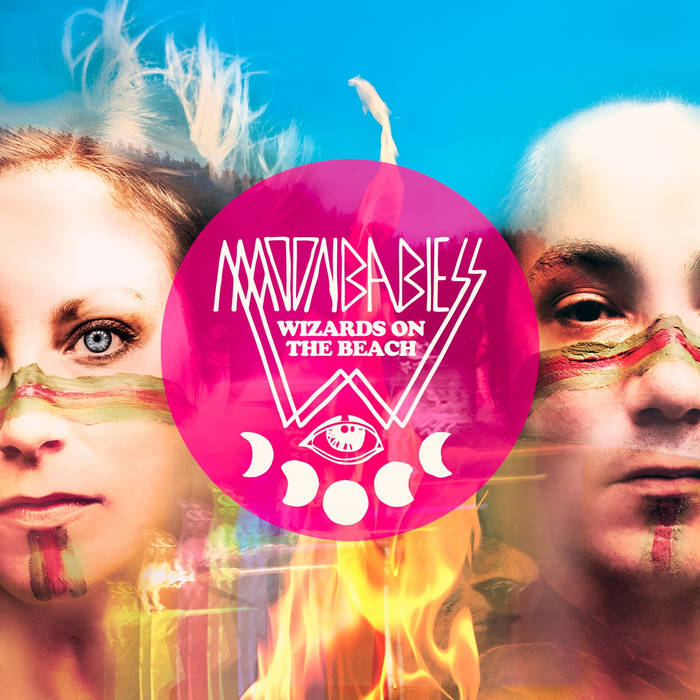 Jordan Van Ness Wizards on the Beach grabs your heart without hesitation and pulls you through a warm wonderland of summertime nostalgia. A concoction of dreamy melodies and beautiful vocal harmonies, this album captures the brightness of a summer's day as it's reflected through a flickering bonfire, just as the sun begins to crawl towards horizon. Favorite track: "24".

Evan Forde Barden This album goes from upbeat and poppy to relaxing and contemplative. I love the vibes throughout. It's a great record! Favorite track: Wizards on The Beach.

#bf@!! It is an awesome album , I love the diff. sounds on it, sounds very good !! Favorite track: Raindrops.
more...

"They’ve managed to create an album that should stand the test of time when all others currently exploring similar sonic territory have faded into the background." ★★★★★★★☆☆☆
- Popmatters

"It's a work that digs deep. It rewards repeated listens, with lyrical questions revealing possible explanations as aural textures subsume and melodies ingrain. It's another fine work in a fine cannon for a brilliant band" ★★★★★★★★☆☆
- Under the Radar

"With "Wizards on the Beach" they have produced a very smart and heavily melodic album, where Moonbabies have found a balance and fresh spirit" ★★★★★★★★☆☆
- Culture Collide

The Dream Pop Husband/Wife Duo Moonbabies (Ola Frick & Carina Johanssson Frick - Both Lead Vocals & Instruments) formed in 1997 in Malmö, Sweden as a shoegaze inspired band progressing steadily into more electronic directions. After a seven-year hiatus, the duo returned with the album "Wizards on the Beach", earlier this spring, which is now given the Deluxe Edition treatment (Out Oct 28th)

Ola Frick, one-half of the Swedish duo elaborates, "This album began as an experimentation of songwriting. We decided to write songs which were rhythmically dominant and our newfound love for dance music, especially the local Berlin scene, where we were living at the time. After Seven years of working on this album, we are extremely proud of the songs and the direction it took. 'Wizards on the Beach' turned from being an artist's worst nightmare to something that we feel is unique, interesting and experimental, but in its core is all about being honest and pure and doing music that speaks to yourself."

Recently featured by BBC6, Brooklyn Vegan, Fresh on the Net, Popmatters, Culture Collide, The Big Takeover, Under The Radar among many and launched its way up to #6 on the Hype Machine charts in Dec 2014

Bandcamp Daily  your guide to the world of Bandcamp